One of the most used bathroom appliances is towel rings. However, they might get loose over time. Or, you may face other problems with them. For example, you need more towels to hang now. So, if you face this scenario, there is only one thing you can do. Remove the towel ring. But, how to remove a towel ring?

Towel rings sometimes don’t have a screw set that you can simply unscrew and remove. Most of the towel rings have strong adhesive glue that takes calculated steps to remove. So, continue reading the post to learn more about it.

How Do You Remove A Bathroom Towel Ring?

While many people wonder how to remove a towel ring, the first thing to understand is the kind of ring you have got. Considering them, there are three ways to remove a bathroom towel ring. In short, you need to know beforehand whether the towel ring was installed using screws, adhesive, or spring.

Use a suitable solvent or heat – After you fail to find out the hidden screw, it is confirmed that the manufacturer used glue on the backside. So, to remove that, you need a suitable solvent. Carefully use the solvent as instructed and get the job done. Alternatively, you can use heat to remove the glue. All you have to do is warm the right place and you are good to go.

Following a simple pattern – This technique is for a towel ring that has a spring mechanism to hold it in place. Simply unscrew the hook and lift it from the bottom. Next, pull it downwards. The hook detaches from the back panel.

You May Like: How To Remove Towel Bar From Wall

How to remove the moen towel ring?

You can remove Moen Towel Ring by firmly pressing the tab that you see on the bottom slot. However, not all the towel ring models from Moen have the same mechanism to remove them. So, it is wise to follow the instructions that come along with the product kit.

On some models, you need to push the tab located at the bottom part of the post. For this purpose, you need a screwdriver with a flat head. Push the tab with the help of a screwdriver towards the wall. And, at the same time pull the post away from the wall.

Apply gently so that you can separate the post from the wall. So, those are the easiest and simplest ways to remove a towel ring. However, if you have difficulties, get in touch with an expert.

Keep in mind that YIGII adhesive towel ring has a strong adhesive. That way, it guarantees to have strong support. So, before placing it ensure that it is centered and in the right spot. Or else, it might be troublesome to remove it.

However, if you master the following techniques, you can remove them with ease. As such, it won’t damage your wall or towel ring either.

Make use of a hairdryer to heat the glue spot for a while. About one to two minutes is sufficient to get the job done. The backside of the towel ring is self-adhesive. When you heat this part, the adhesive performance becomes weakened. As a result, you can remove the hook easily.

Also, you can use a lighter to heat the glue plate. It works in the same way as mentioned above. When the steel hook gets heated, it becomes easier to remove. If there is glue left on the wall after removing the plate, you can clean it with a small piece of sandpaper. The walls become clean without residue.

Alongside the back panel of the hook, use a knife to cut the sticky hook off from one side. However, ensure that your hands don’t get hurt during the process.

You May Like: How To Remove A Sticky Hook From A Wall

So, that was all about how to remove a towel ring. Depending on how you have installed the towel rings, you can remove them with little effort. Still, if you have difficulties, get help from an expert. 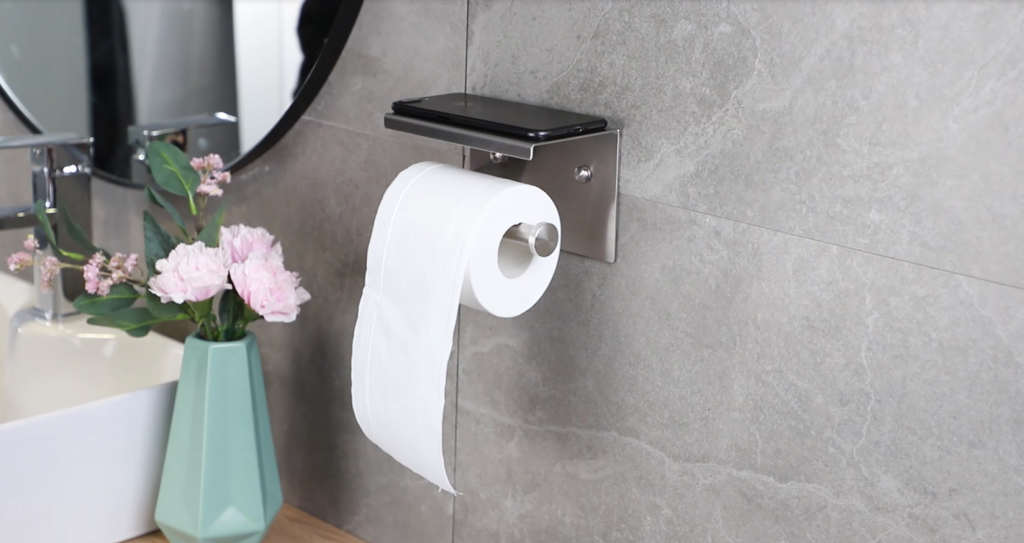